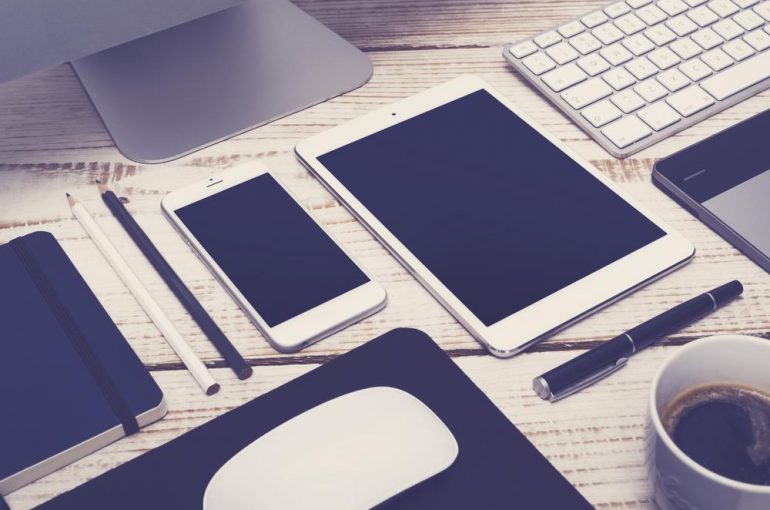 Mobile app industry is one of the rapidly growing industries in the world. AppySpot predicts that by 2020, the mobile app industry would exceed $77 billion revenue mark. It shows the impact of the mobile industry that is around the corner. In fact, the mass adoptability of the smartphones hints that such predictions about the Mcould be vital in the coming days.

In order to guide you further, we’re going to discuss the five mobile app development trends that everyone in the startup ecosystem and mobile development industry should keep an eye on. One of the reasons is that these trends aren’t just the predictions on paper, in fact, the industry has started seeing the practicality of these trends.

Let’s take a look at 5 Mobile App Development Trends to Follow in 2017:

The modern-day enterprise environment is changing. The companies are curious about the connectivity of the employees, productivity of the team, and coherence between the departments, which is why productivity app and task management tools are on the rise. This opens up the chance for the enterprise-level mobile app development.

The ready-made CRM tools don’t always come handy for every organization. That’s where the enterprise mobile app development comes in. Sure, it varies from company to company, but the fact is that it has become a thing. If you, being a business, aren’t aware of the enterprise mobile app development while facing communication, data access, and connectivity issues, then you may want to look at this trend.

Consulace says cloud computing is a paradigm shift. In fact, the services like Dropbox, Google Drive, OneDrive, Google Cloud Platform, and Azure clearly reveal that why cloud mobile app development should be kept on the radar.

Virtual Reality and Augmented Reality have taken the mobile app development to the next level. The IrisVision is a software technology that does the wonder for low vision and visually impaired patients using the VR gear. Similarly, there are many examples out there. NextVR is taking the sports streaming to the next level using the virtual reality.

Likewise, the Augmented Reality and location-based apps could be immensely popular in the coming days. Pokemon Go is one of the popular examples of this. Such signs tell us that there is a huge scope of mobile app development in VR and AR, which entrepreneurs and startup founders could cash in on in 2017.

The services like Siri, Google Now, Cortana, and Amazon Alexa could be the stepping stone to the artificial intelligence mobile app development trend. This wouldn’t have been the same if those tech giants weren’t involved in the AI development. Since things seem to be moving in the right direction, the artificial intelligence could be another trend we must keep an eye on.

AppySpot predicts it’s fairly okay to ponder on the mass level adoption of the AI mobile apps — but the trend is in the cards.

Android Instant Apps is a new technology introduced by Google and supports latest Android devices from Android 6.0 through Android O. The basic idea of this new trend is that it doesn’t require some of the apps to be installed on the Android device. Instead, the user can access the app natively to use. It means that the user experience gets better with the fast interface, quick access, and high-performance capability. It has been made available for everyone.

We’re definitely on the verge of exploring a whole new world of technology and communication with all the chips like AI, VR, AR, cloud computing, and robots around.

The purpose of this write-up is to give you a heads-up about the latest trends in mobile app development world. If you’re planning on entering into the startup ecosystem or trying to figure out the mobile development need for your business, this piece of content would help you understand that where the mobile app trends are going and how you can stand a chance in the years to come.

Did any of the mobile app development trend surprise you?

Let us know in the comments below and we’ll talk further.