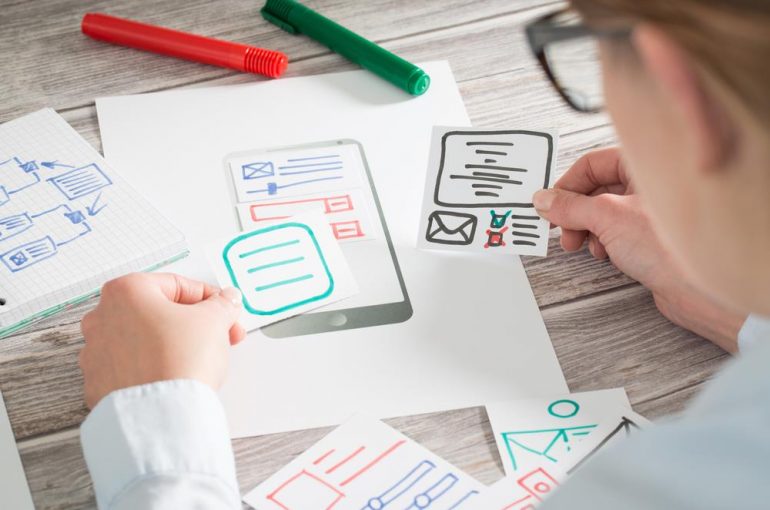 Have you ever opened a mobile app that looks clunky from inside? We almost all have encountered such situation. Nowadays, hundreds of thousands of new apps are being developed and pushed to the Play store and App store every single day. It doesn’t necessarily mean that every mobile app that makes it to the big stage is pretty decent and error-free. However, the professional mobile app developers adopt certain steps that help them push the better products.

We’re going to look at those things that you could do to improve your mobile apps along the way. But this piece of content specifically sheds light on the UI/UX related things that could bring in massive changes around your mobile app business.

Let’s see how you can improve your mobile apps:

If the introductory animation takes a few seconds to run, the users might get frustrated because the moment users click-through the app, all they want is to get inside and see what this app has to offer. If you find out that your app’s intro is taking time on certain devices, then try removing the intro from the app. If the loading speed of the app increases and users reaches the main menu in a jiffy, then it’s worth releasing a new update. The shorter your intro, the better the users’ response.

The chaotic look of the app’s inside would result in the exit. In order to keep the users engaged with your mobile app, one must get the interface designed by a professional designer. If you want to avoid users to walk away right after they land in your mobile app, then create the user-interface that looks friendly, clear, and precise. If the menus, buttons, and options are unclear and badly-organized, the users would run away. We all have seen those mobile games that we fail to begin playing because of the lack of symmetry in the options. So, design the interface that appeals not pushes people away.

If you haven’t seen the mobile apps that have music in them and they don’t offer to turn it off, then you’re lucky. Sometimes, the game developers make this mistake too. They put up a fast music in the game just to excite the user-base and engage them in the game, but they forget that not everyone would like it. A lot of mobile apps and games have an option to turn the music offer, though. First off, don’t put clingy, cheeky, and rock music in your app. Secondly, if you do want to add it, always give the option to turn it off.

Colors do play a big role in the user engagement. If the mobile apps have bright and shiny colors inside, they start to appear less attractive. People often prefer mobile apps with clean, sleek, and clear app interfaces. Most of the popular mobile apps have simple and clean designs and interface. For example, Dropbox has a very simple interface. Pocket does very well in this regard. Also Check out KiK and MailChimp interfaces as well. All these apps offer decent and simple color schemes that resonate with most of the users.

If you’re monetizing your app through mobile ads, then it would impact negatively on your user-interface unless your app development team has done extremely well in putting the ads in the specific areas of the app, which doesn’t disturb the majority of the user. Similarly, if an interstitial ad appears right after the app is opened, it would negatively impact. Instead, if the same ad appears while the using taps the exit button won’t do much damage because the user was closing the app, anyway.

These insights come your way when you execute the ideas and test out the strategies. Don’t let the mistakes hold you back from doing the stuff you want to do.

The purpose of sharing these mistakes with you all was to allow you to find the mistakes in your app. The only thing these strategies would do is to improve your mobile apps, or if you develop next projects, you’ll remember these things, and hence, improve your next mobile apps for the better.

Do you need guidance in improving your mobile app’s UI/UX? Contact us here for a free app audit.