Experience 3D Painting in Virtual Reality with these Tools 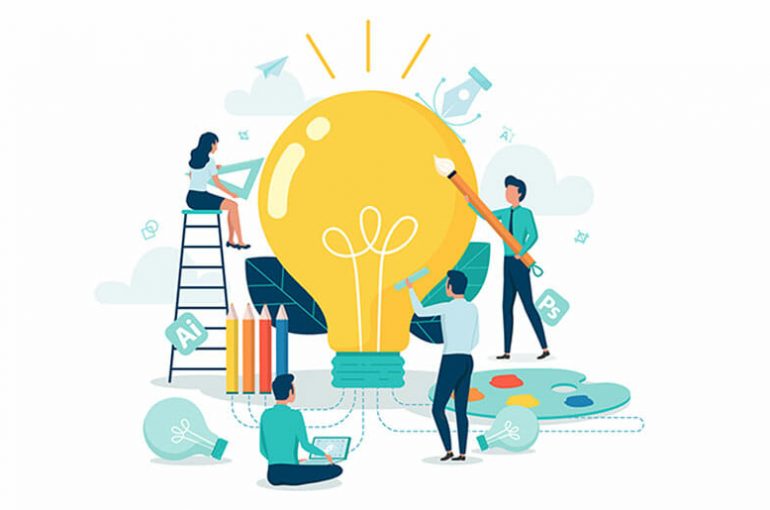 Henry David Thoreau once said “This world is but a canvas to our imagination.” and technology, namely virtual reality, has literally transformed our world into a digital canvas.

Many would argue that no form of digital painting compares to stroking and swaying of a paintbrush on canvas. It is cosmic and divine. However, painting in a 3D virtual space, with room as your canvas, it goes beyond the typical digital painting.

From creating an original to recreating Van Gogh’s Starry Night or DaVinci’s Last Supper, it is like experiencing a surreal dream – only you are conscious the entire time.

After establishing a paramount footprint in the gaming world and hitting every geek and nerd’s sweet spot countless times, virtuality reality, with its cupid’s bow, is blessing the artists this time. The realm of VR has expanded its horizon to a whole new territory – 3D painting.

Art is a universal language. It started when our cavemen ancestors (the homo habilis) left carvings for the anthropologists on the cave walls. Then Egyptians, Romans and Greeks, and Renaissance years later, after the age of realism and expressionism, art merged with technology. The result, in urban slang language, is some very cool tools.

For a wholesome art experience in virtual reality there are torrent of tools and software out there for you to try. To name a few, mentioned below are some of those tools:

Paint in 360° with Tilt Brush by Google

Released in 2015, it is an accurate example of technology and art’s amalgam. Created specifically for the HTC Vive, it turns your headset’s controller into a colour palette and brush, while the room or space around you becomes a 3D canvas. The tool is also compatible with other headsets such as Oculus, Oculus Quest and Valve etc.

With an interactive interface, dynamic brushes and cool features such as poly integration, it takes art to a whole new level.

According to Simon Fenton, the Head of Games at Eclipse Studio and a digital artist with more than 22 years of experience, technologies such as Tilt Brush are bringing about new possibilities in art and making it more innovative.

With virtual reality artists have sculpting, painting, games and architecture within the same space. With Tilt Brush, artists can ‘build’ art around themselves and immerse themselves in it.

Tilt Brush lets the users import 3D models as well as images and paint colourful, multi-dimensional artwork within the VR environment. Not just creating art, you can also share your art as animated GIFs or room-scale pieces. It doesn’t end at that. The tool has a built-in Youtube streaming feature allowing you to share it as you make it.

Another interactive single-user virtual reality application for artists who design and sculpt characters and structures. With Oculus Medium you can draw objects, characters, paint, sculpt and model with-in a comfortable space without having to worry about the angles. The app offers many cool features, for instance it has around 300 prefabricated stamps to help you build complex structures in an efficient manner. You can always draw and save your own stamps as well.

It’s very easy to use which means even the non-artistic folk can toy around with it and discover their hidden Picasso. Oculus Medium, like sculpting is all about adding, deducting and molding the digital mass. It’s kind of like playing with a digital version of Play-Doh. While it’s easier to use for non-artists, it’s a serious sculpting tool with a range of advanced functions.

Like photoshop has brushes medium has tools that let you add digital mass or clay in the scene using your Touch controller’s trigger and swiping your arm. At present, it offers about eight tools.

Clay: It’s a default tool but you can add and carve it in your creative space as you like using various brushes. Clay tool lets you draw out as much of a digital mass as you wish, if you hold the trigger down. Strokes are volumetric geometry that you can cut, mold and deform, etc.

Paint:  This tool is name-specific. You can spray paint or brush-color your clay.

Swirl: Allows you to wheel your clay or molded sculptor like a whisk, in a clockwise or counter-clockwise direction.

Cut: With this tool you can slice your sculptor or clay into pieces, move them around and integrate them with each other as you like.

Inflate: Let’s you insert and extract clay from your sculptor, enabling you to amplify it or contract it.

Flatten: Those of you who are artists are probably already familiar with flattening of an image in the digital painting tools and its functionality. This helps you trim areas of your sculptor and enable fat planes and gives it a sharp fold.

Smudge: Just like in photoshop or any other painting tool, it lets you smear the clay in the direction you move your hand, to blend or soften the hard surfaces or colours.

Smooth: This tool helps you soften up your sculptor’s sharp edges or areas and fill in the folds.

If you’re a first-timer non-artist user, no biggie. The tool offers tutorials and user assistance to get you through. You can also record and teach your techniques to other newbies.

While Tilt brush has stolen most of the thunder and is the center of every artist’s attention, I believe this one deserves a good introduction too. Gravity sketch, launched in 2017, falls in a different app category.  As per the reviews from other artists, it offers a grace and solidity that both Oculus and Tilt Brush lack and this fact cannot be gainsaid.  The famous car brand, Ford, lets its designers create cars in virtual reality using Gravity Sketch. This fact alone speaks volumes.

Here’s a cool feature, it lets you create a 2D drawing on your tablet with a pen and transform that 2D art into a 3D virtual painting with the help of a VR headset and manipulate it as you like. You can always send it back to your tablet to add more details. The 2D feature was added by the creators for artists who work more comfortably in 2D settings. It’s a brilliant tool for designers and concept artists. Here’s why;

CAD Integration: You can sync it with your existing CAD archives and use your data as a reference for sketching or modeling in 3D.

Customizable Tools: Besides the design tools, it provides you with a custom-made UX solution. Not just this, you can always customize the existing tools. A recent update has introduced many new tools such as group/ungroup, depth-of-field effect and taper mode, making the app more appealing.

Cross-Platform solution: The most majestic feature, many would say, is the app’s ability to allow the collaboration with computer and mobile devices. Go explore. What are you waiting for?

The world of 3D painting in virtual reality isn’t just limited to the above mentioned tools. There’s plenty more where they came from. This, however, is only the beginning. Leveraging the technology, the technologists are expected to bring more enhanced and improved tools for an otherworldly experience.

Painting tools or not let’s connect. Do you have something similar in mind or of a different nature we can help you with?