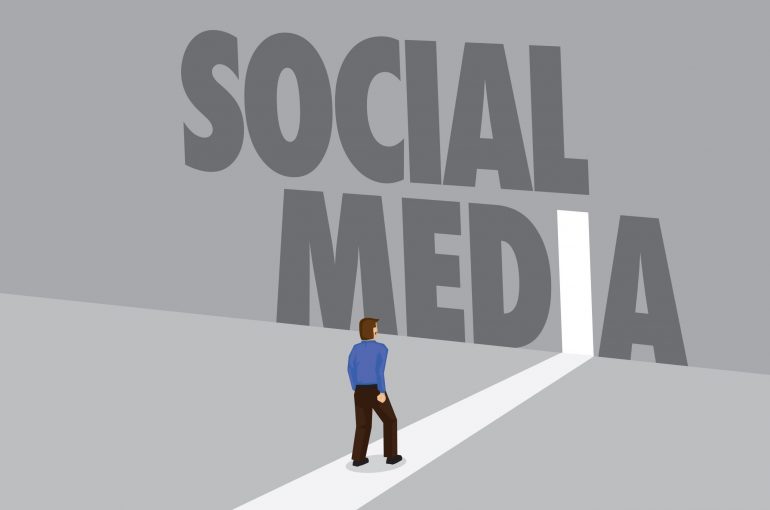 In the gripping aftermath of the 2020 U.S. presidential election, something equally seismic was happening on the social media scene.

Content moderation and censoring on mainstream social media platforms like Facebook and Twitter took centerstage when these companies began removing or censoring posts and accounts that were viewed as incendiary or even misleading. In perhaps the most dramatic example, Twitter and Facebook suspended former President Donald Trump’s accounts indefinitely as a precautionary measure just weeks ago.

Rubbing conservatives and free speech proponents the wrong way, these acts – along with perpetual privacy concerns that have dogged mainstream social media – are now driving significant disruption in the social media market.

The Door Opens for Challengers

Conservative-leaning social media apps Parler and MeWe both saw explosive growth in the buildup and aftermath of the presidential election, in part due to these platforms’ stated commitment to “free speech” — and in MeWe’s case, to an ad-free, privacy-minded experience.

Others have migrated to Telegram, an encrypted messaging app that has been popular among gamers, crypto enthusiasts, and now, users worried about being censored.

The bottom line? Tens of millions of social/messaging users are up for grab in perhaps the largest market disruption in big tech since Google arrived on the scene.

Modern social media apps usually allow users to post/share user-generated videos. If your app needs to support video content, there are many things to consider.

Performance is key – will users be able to upload and/or stream video content quickly and reliably? Will your app provide the ability to live stream video content and allow real-time user interaction? If your developers are not experienced with deploying live streaming capabilities (via a 3rd party solution like Agora’s) or optimizing video performance for user-generated content, we recommend you get in touch with our team.

Also, when it comes to user-generated video and images, social apps will often include an in-app camera to allow users to capture new content without leaving the app. At CitrusBits, we’ve worked with industry-leading vendors to provide powerful in-app camera and editing functionality that can match or even surpass native camera apps.

UX innovation should be another priority.

How can you implement social video capabilities without simply being another copycat? Apps like Snapchat and Instagram allow users to enable augmented reality (AR) filters and other memorable embellishments, which are likely to become baseline for social video apps going forward. Ensure that your development team has experience implementing AR filters and other imaging capabilities that your users will come to expect.

Whether you are a First Amendment advocate or not, content moderation is critical for social media apps. If users are not regulated at all, your app will likely get into deep water when abuses inevitably occur. Even if your app doesn’t break the law, the app stores could simply delist your app for violating their policies, as was the case with Parler recently.

Content moderation is formally required by the major app stores; if your app supports user-generated content, you will need to provide a way for content and/or users to be flagged, removed and/or suspended.

Basic content moderation systems might include the ability for users to flag inappropriate content that is then reviewed by human moderators using a content management system (CMS) or admin tool, with the option to remove content, ban or suspend users, among other possible actions.

If you wish to have your social media app published on the App Store and Google Play Store, you’ll need to formally submit your app to Apple and Google for review and approval. Doing so can be especially tricky for social media apps, which are ripe for potential policy violations due to amount of user-generated content in them.

As mentioned previously, you will need to have at least basic content moderation capabilities, to start. You will also need to have age restrictions appropriate for the type of content that could appear in your app. When it comes to monetization, Apple and Google have important guidelines on how to implement subscriptions and in-app purchases, which Basecamp’s founders ran afoul of when launching Hey Email last year.

If you’re making a significant investment in building your app, do ensure that your developers understand the current regulatory landscape as well as how the policies are likely to shift, given recent developments. As an example, it is likely that AI-based content moderation (or hybrid AI, which uses both AI and human moderators) will eventually become a requirement for apps featuring user-generated content.

Building the next big social platform is attractive right now, due to the large number of displaced or dissatisfied users looking for a new place to call home. These circumstances have opened a window of opportunity for new platforms to cultivate the network effects necessary to sustain a social media platform.

In bringing a social media app to market, there are plenty of things to get right (or wrong), which is why the actual proposition is not trivial to capitalize on. To increase your odds of success, work with a developer like CitrusBits that has experience fleshing out the critical functionalities of a modern social media app and pulling them together into an innovative and engaging user experience.