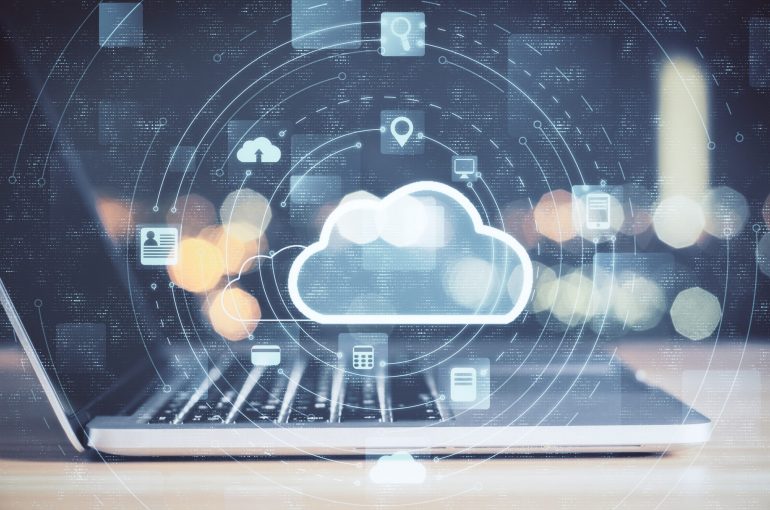 Binge-ing a new series or reruns on Netflix (or whatever your drug is) without downloading or interruptions like commercials is divine on another level. All hail the ‘cloud’!

Cloud has rewired streaming forever, pivoting the meteoric rise of cloud-powered streaming platforms (with subscription-based services) like Netflix to Disney+, HBO, and Amazon Prime.  And with the industry bigs locking horns, variety and choice in streaming services too has exploded. And today, these streaming services boast insane millions of subscribers.

A Brief Introduction of Cloud

‘Cloud’ isn’t just streaming and file storage. Cloud is a group of services – an infrastructure – cloud service providers offer to organizations as well as individual consumers. Typically speaking, it’s a broad network and is accessible literally from anywhere in the universe with an internet connection.

It is on-demand and self-service. The service is available when a user needs it and without the need to have an administrator (i.e a person) to give access. For example, Netflix or Amazon Prime can be contracted instantly and canceled at any time. Cloud works in an almost similar manner.

How does Cloud work?

Here’s what is happening in the background – When one client is inactive, the cloud assigns its resources to another client. This usually happens via the use of virtualization. In layman’s terms, data centers have set up shared servers to facilitate the consistent use of available computing resources. In the opinion of industry leaders, this helps boost the level of server usage from as minimal as 10% to as high as 80-90%.

But Why is Cloud Perfect for Streaming?

Streaming – video streaming – specifically involves transmitting data in bulk every second. It also needs the streaming of data to be consistent and unimpeded. Because impeding and an inconsistent stream of data results in latency and therefore, buffering issues that lead to a frustrated you and me and gazillions of other users.

Cloud helps tackle this. Cloud computing enables streaming services to enhance their bandwidth, amplifying the whole streaming experience. It handles this or each and every device and for every network connection.

1. For Increased Agility & Scalability for

Streaming platforms upscale or downscale video quality based on your internet connection or computer. That can’t possibly happen without cloud computing. For the streaming experience to be seamless, streaming and cloud computing have to team up – work hand in hand. For streaming platforms like Netflix, this is explicitly essential This isn’t a big problem for platforms like YouTube, because it’s free.  Albeit, YouTube Premium is somewhat less susceptible to this issue.

Why do you think Netflix, Spotify, or HBO migrated to the cloud? Cloud computing enables streaming platforms to leverage data in a way that ensures customers get the highest quality entertainment experience. For live streaming, this is vital and has become more relevant with sports services like ESPN jumping the bandwagon. ESPN spends around $2 million on AWS. It has to be worth it. Therefore, greater storage space and seamless synchronization of data is a significant requirement.

How ‘Cloud is Driving Streaming Services like Netflix & HBO

Cloud is perfect for streaming. We have Netflix, HBO, Disney + as the perfect and most popular instances.

Before Netflix was about ‘Chillin’

The Netflix you have come to adore wasn’t always this suave. Netflix moved its operations to the Cloud and experienced a dramatic rise – boom to billions! The gig that began as a DVD rental (until the DVDs died out) is now (as of February 15, 2021) is estimated at $246.48B.

In 2007, Netflix ushered in the new era of streaming alongside their traditional DVD rental service. And as time went on and their subscribers multiplied, they realized they were in need of more data center capacity, leaving them no choice but to scale to accommodate the increasing volumes of data.

However, with physical data warehouses, scalability can be problematic. Yury Izrailevsky – Netflix’s cloud expert said it himself that they simply could not have racked the servers fast enough’ even if they were to try and support this rapid growth.

Initially – before Netflix went cloud – it was running on a high-end and costly IBM P-series hardware, Oracle database. The assumptions surrounding the ‘hard-end’ bit proved false when a SAN hardware failure resulted in a two-day outage. Questions were raised. To spend a king’s ransom on physical databases or to go with ‘cloud’, a cost-effective solution.

And the cost-friendly cloud infrastructure raised as the hero (without a cape) and Netflix emerged as a cloud streaming service.

With AWS cloud Netflix was able to extend its services to all 190 countries it is available in. Amazon’s web services cloud platform allowed them to add gazillions of virtual servers within a matter of a few minutes. They were able to expand their services to all the countries with minimal or rather negligible issues, avoiding any bad customer experience while migrating to a new service.

This ensured a great customer experience wherein Netflix’s entertainment continued to conquer, unimpeded. They’ve seen massive growth in subscribers and revenue ever since.

…it chose to not run its own data centers for designing its own service. It instead leaned on Amazon Web Services, whose servers can ramp up automatically to offer more cloud computing resources and storage as required. An added advantage to the cloud is that it is cost-effective.

Spotify Migrating to Google Cloud Platform is Yet Another Instance

Spotify too shut down both of its US data centers announcing that it was going all-in on Google Cloud Platform (GCP) back in 2016. As for Google, Spotify became its anchor customer, not just because of its brand and scale, but also its reputation as a data-driven, engineering-centric company.

Wondering why migrate at all?

The Director of Engineering at Spotify, Ramon Van Alteren, explained this bit saying that it requires a taxing-amount of effort to maintain storage, compute, and network capacity for an international company that easily serves over 170 million users worldwide.

Fair point. It does sound like a lot of work.

One of the biggest advantages of shifting to the cloud, however, is not having to worry about provisioning and maintaining infrastructure. According to Alteren, they wanted to make Spotify the best music service in the world, however, they just did not see it happening with data centers in the picture.

Cloud is perfect for streaming services because it doesn’t require you to own a universe-sized data center. But its advantages aren’t limited solely to streaming services. In fact, many businesses and enterprises like Unilever, Airbnb, BMW, and Shell long migrated to the cloud. Apple is yet another one of Amazon’s top cloud customers.

In the end, while some organizations are already ahead of others with their early adaption of the cloud, others are either exploring it out or figuring out the benefits they can reap with cloud computing. And with 50% of enterprises already spending over $1.2 million on cloud services yearly and the public cloud service market projected to top $623.3 billion by 2023, who’s to say the future isn’t ‘cloud’?