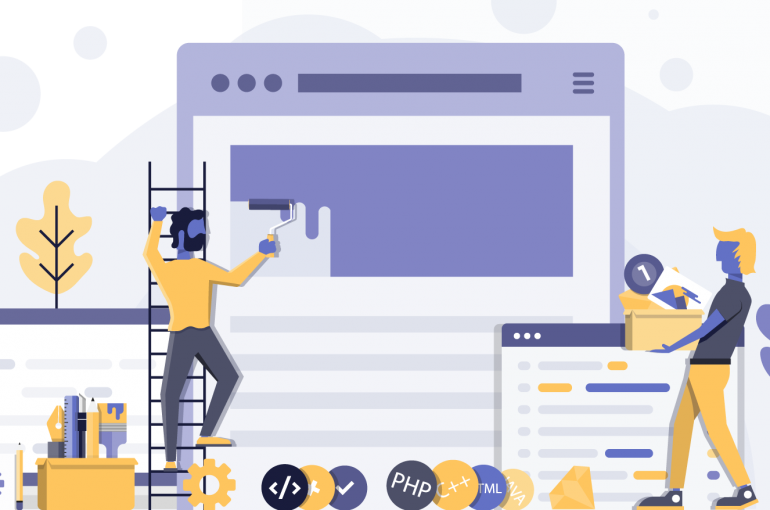 Designing a mobile app is anything but easy. Outlining your thought process, planning it out, and building an effective approach that involves choosing the best stack of technology for your app, however, helps ease the process.

What is a Tech Stack and Why do You Need One?

A tech stack is basically all the fundamental elements that are essential to building a web or smartphone application. These elements are namely frameworks, languages, and software products. Everything else is built on these elements.

In the initial stages of the project, it is imperative that you choose the right combo of core development tools. Just as you kick off with a powerful foundation and girders when constructing a skyscraper and not start away with a marble facade, you don’t start building an app without a solid foundation. The tech stack you choose acts as a skeleton for your app.

What are the Native Apps?

They are commonly used apps. Installed directly on your mobile device via an app store such as Google Play or Apple’s App Store, they are designed mainly for one platform. However, they can enjoy the benefits of the smart devices they are installed on. Not only can they function many ways quicker by leveraging the processor’s power but can also fully access the specific hardware such as GPS.

The term ‘native apps’ immediately makes one think of the iOS and Android platforms. Both are poles apart and unique in nature, so let’s discuss each individually separately.

The toolkits, language for developing mobile apps, and SDK in the building of native apps are supported and delivered by operating system vendors. Since Android & iOS deliver their own specific development platforms, businesses can build multiple apps for each platform. Let’s take one-on-one with each.

When designing a native app, if you choose to go with Android, you first need to think about adding certain technologies in your tech stack. For instance, consider adding the following.

Java and Kotlin are considered two of the best programming languages for native mobile application development. Java has been around for ages now and is now identified as a programming language with extensive and robust open-source tools and libraries supporting the needs of developers today.

Kotlin, too, over the recent years, has established itself as a much more steady and germane app development option for Android Studio.

Though many believe that Java has some shortcomings that impede the design of Android APIs. Kotlin was explicitly developed to address these limitations and is naturally streamlined, clean, and far less glib when offering a solution to API design deficiencies. It makes up for Java’s shortcomings.

In particular, Kotlin enables you to make seamless transitions between screens as well as animated micro-interactions.

Android Studio is mainstream for its useful and distinct contributions such as code editing,  performance tooling, debugging, a scalable development framework, and instant build and deploys system!

Not only is the toolkit in the good books of android app developers, but it also allows you the liberties to concentrate on developing customized and high-quality apps.

Developers who are writing programs with the latest features need to download and install each version SDK for a particular phone. The components or tools that make up the Android SDK can be downloaded separately. Also, third-party add-ons are easily available for download.

If you’re looking to get into the development of native iOS mobile applications, you ‘d have to dig into a different and diverse toolset or technology stacks. Now let’s take a detailed look.

Objective-C and Swift are the two most commonly used languages for iOS mobile app development today. Objective-C itself is basically a superset of the typical ‘C’ and delivers object-oriented features and functionalities and a seamless runtime environment.

Nonetheless, developers prefer the young Swift iOS programming language as it is more practical and as most developers say, delivers a minimal error-prone code. It is primarily due to its built-in support for the processing of text strings and data and the dynamic libraries that are imported directly to memory, which ultimately decreases the initial size of the app. Thereby increasing the overall performance of the app.

Once you’ve decided to go with Swift to create your own native mobile iOS app, you will have to work with Apple XCode. It is a complete and featured toolkit/development environment that allows users to create mobile apps and desktop apps.

All in all, XCode is quite resourceful for iOS app development as it includes among other things, integrated support for Git repositories, and efficient graphical editor for building engaging user interfaces, instrumentation, and debugging tools, and integrated documentation.

All in all, XCode is very resourceful when it comes to building iOS apps as it provides, among many other things, built-in support for Git repositories, a seamless graphical editor to build engaging user interfaces, instrumentation and debugging tools, and builtin documentation support.

The iPhone SDK provides advanced tools for the Apple touchscreen interface and for its patented iOS operating system. iOS is used to run iPhone applications in addition to other mobile devices such as the iPad.

How to Choose the Right Tech Stack?

A plethora of app development factors is dependent on your selection of tech stack. Any future scalability (or lack of it thereof) as well as the robustness of your app is determined by the tech stack you pick for your mobile app development. Picking the wrong or a tech stack that is inapt will not only compromise your app’s performance but also restrict any future prospects of growth.

So how do you choose the right tech stack?

You have to first identify your needs out of your stack. Determine the size of your app? Is it small, medium, or large in size? Determine the action and functionality of your app. What actions will your app perform?

This is undoubtedly easier for those who have a clear understanding of what they want for their business, and who their target audiences are.

However, if you don’t have the expertise, time, or resources required, CitrusBits is the perfect place to start. We have developed and delivered award-winning applications for Johns Hopkins University, Stanford, IrisVision and Burger King, Chemowave, and many more.