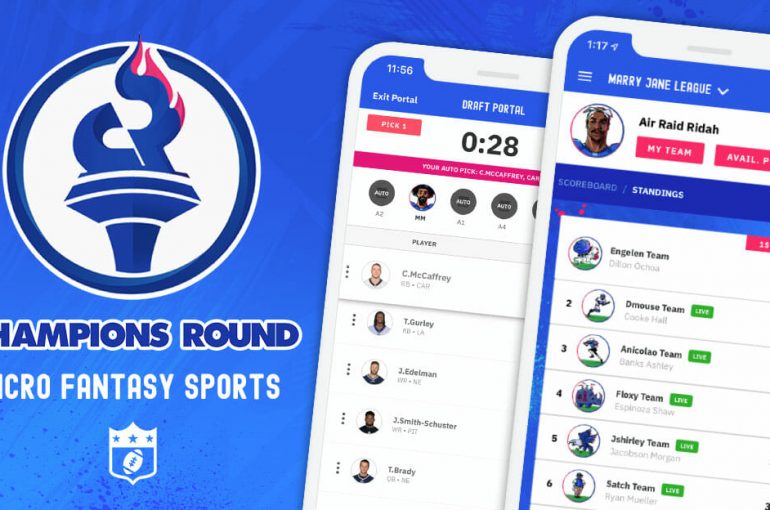 Champions Round is a fantasy sports app startup that is upending traditional fantasy sports by introducing round-based gameplay that breaks a regular season and postseason into four rounds, each with its own draft. This creates more excitement, more opportunities to win, and an invigorating challenge for roster management.

The Champions Round iOS app was launched ahead of the start of the 2019-2020 NFL season for an open beta test and is already garnering positive feedback from early adopters, including ESPN. The Champions Round team was accepted into a prestigious sports startup accelerator in Berlin and is well on its way to becoming a formidable player in the fantasy sports market.

CitrusBits designed and developed the app. (Read our case study).

Demo video (to show key app flows and screens only visible to those participating in a fantasy football league. The video is sped up, as it goes through entire user flows that would normally take longer to go through.): https://drive.google.com/file/d/1hjO2wcFQXGd-nA2R1yOiqE-m8P02dtqo/view?usp=sharing