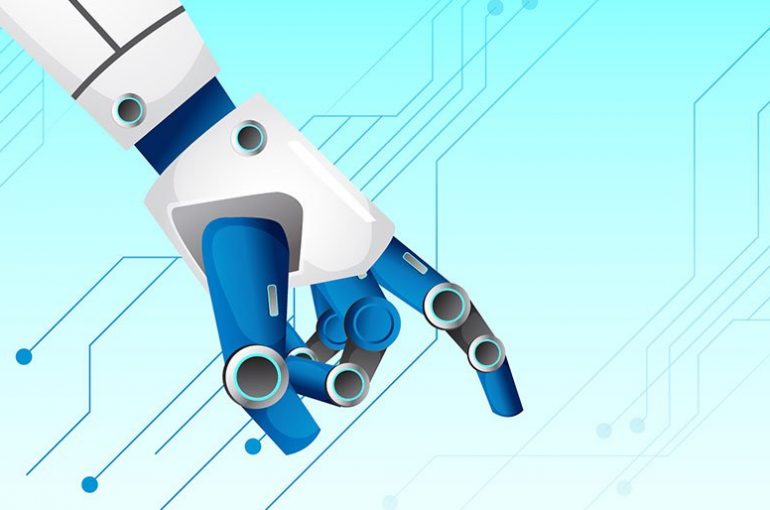 Artificial Intelligence is blissfully growing its roots in almost every tech and even non-tech fields. It would be cruel to not know what new things and updates AI achieved lately. Here is a list of AI breakthroughs that you might have missed in the month of May.

An AI stratup rumored to have been hacked

Clarifi, an Artificial Intelligence startup, was reportedly hacked when working on a controversial AI project with Pentagon. A former employee Amy Liu filed a lawsuit against the company saying that Clarifi officials knew of a security breach and neglected to inform the Pentagon. She further added that the company computer systems were hacked by an individual(s) from Russia, which could have lead to exposing technology used by the US military to some enemy of the state.

Clarifi, however refused any such allegations and ruled out the hack as a false alarm. Wired

Robots can now help you dress up

Dressing up for some people is quite an uphill task. Aside from us lazy birds, people who are handicapped or have special needs suffer the most. I’ve got good news for you lot because there is a Robot that has taught itself on how to dress people.

The robot can successfully help people wear hospital gowns. The extra ordinary element is that the machine doesn’t rely on its ‘eyes’ to help people, instead  it relies on the forces it feels as it guides the garment onto a person’s hand, then the elbow and then onto the shoulder. Science Daily

Researchers have been able to successfully use artificial intelligence to spot patterns within bacteria communities present inside the human gut. The Identified patterns could potentialy indicate who among the approximately 1 billion people in the world are at a risk of getting a cholera infection. Science Daily

RPI (Renesselaer Polytechnic Institute) in collaboration with IBM and The Jefferson Project are using Artificial Intelligence specifically machine learning, and other scientific methods to monitor the lake George’s environment and ecosystem.

According to Eric Siy, the executive director of the Fund for Lake George, the information they are getting is empowering the Jefferson project to make Lake George into the world’s smartest and best protected lake. Robotics Business Review

Theresa May to dedicate millions on Artificial Intelligence

The British Prime minister, Theresa May, is set on pledging millions of pounds from the government fund on the development and advancement of AI research assisting early cancer diagnosis. Building up on the fact that AI might have the potential to help prevent 22,000 deaths caused by cancer every year by 2033, giving patients an additional five years of healthy, independent life by 2035. The Guardian

UCLH (University College London Hospital), one of the biggest hospitals in London is set on replacing doctors and nurses with Artificial Intelligence for various tasks such as using machine learning to better analyze patient scans, which would otherwise be checked by the hospital staff members. Before you lose your marbles on ‘Robots are taking over our jobs’ agenda, UCLH aims to bring the benefits of artificial intelligence to NHS patients fighting cancer, not replacing the whole staff. The Guardian

Artificial Intelligence takes the lead in the IT & Tech market

Forbes states that AI And IoT are Leading the market in terms of Enterprise New Tech Investment. Forbes

More people are fearing AI as it grows

According to a survey conducted by Brookings, the impact AI will have on jobs and personal privacy is quiet worrisome. 38% of the people surveyed think that AI will reduce jobs as compared to the 13% who thought AI would create more jobs.

In terms of privacy, a heaping 49% of people believed AI would reduce privacy as suppose to the 5% who thought it will increase it. That is a huge difference gap in percentages to ignore. Brookings

At their AI Dev Con, the company announced a variety of different machine learning software tools and hinted that the new chips on Wednesday, including their very first commercial AI ASIC, the NNP-L1000, would be launching in 2019. The Register

Researchers have found AI to beat humans for the first time in detecting skin cancer. CNN is a new form of artificial intelligence which is also known as a deep learning convolutional neural network, is proven to be better than experienced dermatologists at detecting skin cancer in the patient. Science Daily

As we all know, Artificial intelligence softwares are very capable of interpreting images, matching faces and analysing patterns of communications. The UK police is leveraging on AI to speed up examination of mobile phones seized in various crime investigations. The Guardian

Microsoft and Publicis introduce Marcel, an AI-based productivity platform for advertisement giant. Both CEOs introduced Marcel in an event in Paris, as a new platform containing multiple apps that would be using AI, social networking mechanics, voice recognition, predictive analytics and much more. Techcrunch

Samsung is expanding on Artificial Intelligence

The Korean-based electronic giant, Samsung, has set its sight on opening a new artificial-intelligence center in Cambridge, England. The company aims to benefit from cutting-edge academic research in the field of AI-based technology.

To achieve this goal, Samsung is hoping to hire as many as 150 AI experts. This would make the total number of people working on research and development with Samsung to 400. Bloomberg

Baidu, a Chinese search engine giant, took a blow as the most senior operation executive, Qi Lu, left the company. This departure could very well derail the Chinese search giant’s trajectory of replacing artificial intelligence at the core of its business. Qi Lu leaving cost a plummet of 9.5 % in Baidu’s share prices. This was recorded as  the biggest fall Baidu has experienced in almost three years. Bloomberg

Josh Tenenbaum, a psychologist at the Massachusetts Institute of Technology (MIT) in Cambridge says, “We’re trying to take one of the oldest dreams of AI seriously: that you could build a machine that grows into intelligence the way a human does—that starts like a baby and learns like a child.”

AI has been successfully showing that it can translate speech, diagnose cancer, and beat humans at poker, in the past few years but for every win, there high probability of a blunder.

So, in order to take the next step into AI, researchers are adopting a new approach in teaching AI to learn and grow: Making AI learn like you would expect a baby to learn. Science Mag

Hailing all AI experts. New opportunities on the rise

The Ministry of Defense is aiming to compile a list of Artificial Intelligence experts having UK security clearance, who can be hired to help build Britain’s inevitable robotic military future.

The latest publication of the Defense ministry on AI and the armed forces, titled” Human-Machine Teaming” lays down its vision for what the Rise of the Machines could look like in reality. The Register

because it can now make phone calls that imitate a human. Yes, that is great in a lot of ways, but it is also intrusive and misleading. An AI caller that sounds like a human may violate the privacy of the person on the other end. He or she could be fooled into thinking there is a real people on the other end of the call, while it’s just a machine. You could give out information that you otherwise wouldn’t have if you had known you were not talking to an actual person.

Security on the other hand is even easier to breach in such a scenario.  Having an AI that can impersonate you will only and only be great if you control it. If it somehow falls into the wrong hands, you could fall prey to a lot of danger and harm.

The review merely suggests that AI capabilities are great but the security and privacy issues need addressing as a top priority. HBR

Employees resigned as a protest in reaction to Google’s decision of providing artificial intelligence to a contentious military program, Project Maven.

They think that Google should not be involved in anything military let alone aiding the military in identifying objects and people from drone footage. The protesting employees think that this task is too sensitive to leave in the hands of an AI program, it should be handled by a human. Gizmodo

Facebook announces PyTorch 1.0 which is an AI framework. A combination of python based PyTorch and Caffe2, this new iteration of PyTorch allows developers to move from research and production seamlessly. Techcrunch

Hate speech not easy to identify for Facebook’s AI

As a justification, the officials think that the AI is not able to map out the difference between someone promoting negativity than someone sharing a bad experience. CNBC

The Chinese Mobile brand, Honor, a sub brand of Huawei, contacted different tech press members to save the date 15th of May for an event focusing on the Beauty on AI with the release of a new phone. The Next Web

Honor 10, a more affordable version of huawei p20, masters AI-driven photography with style. The Smartphone was released in April in China, Honor 10 is garnering a lot of attention and has even replaced the well recieved Honor9, in terms of popularity and sales and performance. ZDNET

Watson assistant is IBM’s AI platform and it is ready to introduce new updates to offer to its clients. The two main features that come in the new update include Customer tagging and the ability to delete customer’s logs based on their label. IBM

AI to reduce the extra zeros from Electricity bills

Artificial intelligence is being increasingly used to manage power generation and help customers cut down on their electricity bills. A demand for clean, cheap and reliable energy has been brewing up for quite some time now, and artificial intelligence is running on point to address this need on a global level. Not only is AI enabling the growth of low-carbon, green electricity but it also offers a potentially huge and long-term impact on electricity production and consumption globally. Raconteur