The ABCs of Mobile App Localization: Everything You Need to Know! 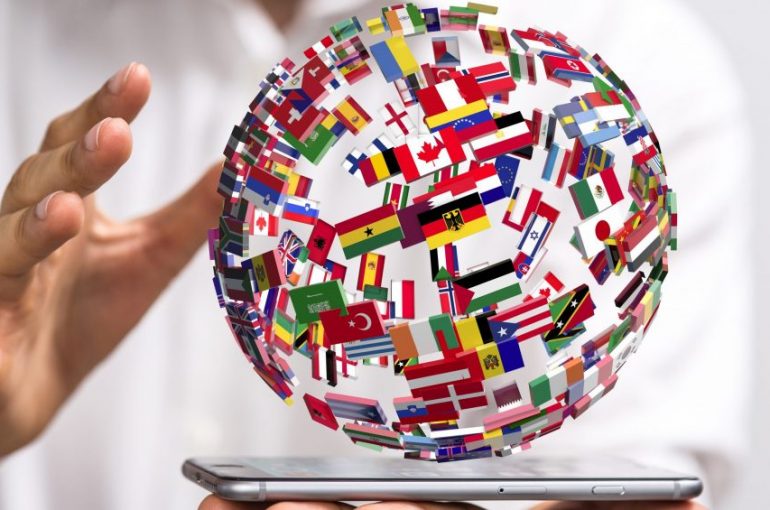 Let’s begin with some amazing stats. About 90% of all mobile activity takes place within mobile apps! And that’s A LOT!

There are over 3.5 billion smartphone users worldwide in 2020, with a Statista forecast proposing the number will stack up by several hundred million by 2021.

This means a good 3 billion+ world population owns smartphones. Take this in before you proceed!

When launching an app you wouldn’t just want to launch it for a specific 1,132 million English language speakers. You would want to include people of other languages. Why? Simply to increase your reach and garner more loyalty.

It’s a no-brainer really why mobile app localization is imperative to the growth and success of your mobile app.

So What is Mobile App Localization?

Let’s use a simple instance here. How many of you are familiar with the famous Netflix sensation ‘La Casa de Papel’? It is typically known as ‘Money Heist’ to the English speakers and Haus des Geldes to the German speakers. Three titles for one show, for a greater global reach and covering a larger audience.

This is to say that many TV shows (i.e La Casa de Papel), books (if you’re familiar with the author Gabriel Garcia Marquez: his books have English renditions), and films as well have different language versions for different regions.  Precisely, this is called ‘localization’.

Similarly, mobile app localization, simply put, is the customization of your mobile app to work in languages other than the default one (i.e English) for various geographic target markets. It may contain multiple spoken variations and different dialects of the same language defined as locales. Locales are a blend of the language and the country in which they are spoken.

Most people confuse app localization with the term ‘app internationalization’.

Typically, It occurs before localization. It is a critical component that ensures that the application will accommodate various forms of localized content at a code level.

Fundamentally, internationalization should discern coding from content to make the translation easier to understand by not enchaining the functionality of the app to a single language or market. This can be carried out using a variety of standard practices i.e by avoiding hardcoded text strings and saving content as individual files instead.

When Should You Localize Your App?

Application localization is not an easy task and requires thorough and subtle handling. When you launch your app for the first time, don’t stress about localization. Because it is advised that you first try your app in a local market. The market needs to be of the region that speaks your native language. For instance, a French app might be released in France, parts of Canada, Switzerland, etc. When your application gains popularity in your current markets, you may gear up for your global expansion. However, the regions that you are expanding to, in round one, should be those that have more parallels with your prime locale.

Now that we know what mobile app localization is, let’s take your mobile app global!

How to Localize Your Mobile App?

We have already discussed that localizing your app will help with its growth and long-term success. It allows you to increase your reach by not only making your app available but also more appealing to people in different countries when done the right way. The below-mentioned points will help steer you in the right direction.

Necessary Prep Steps Before You Begin …

As discussed earlier in this thread, before proceeding with the content localization quest, you need to ensure that your application is fully prepared and localizable. And this is achieved by internationalization. If the app’s content is hard-coded, you won’t be able to find it by translating content as per various demographics.

Conduct thorough market research and analyze which countries or regions make more sense for you to expand to. Localize your app to accommodate those relevant languages or locales.

3. Look for the Top Languages

Scour through the internet to search for the most common languages.

Find out which countries or regions most of your existing app users hail from and accommodate them accordingly.

See what people from various groups think about your app.

Another way to decide which areas and locales to extend to next.

Think of stretching to areas that bear just about the same character traits as your default locale — such as the alphabet, date type, numbers, and currency.

Each potential market that you will be expanding into would come at a price. But instead of spreading into several different languages all at once, aim to concentrate on one at a time, improving the market before opting for a new one.

Off to the Process!

Even if you’re proficient in several languages and can translate your application to help some of the locals, you’ll need translators to cover certain areas of the world, particularly areas with less prevalent languages.

Use translators for better results. They are the industry experts hence, they can accelerate the process and get it done quicker. They also have the expertise working with diverse populations and therefore, can customize your translations to meet the local needs.

Being experts, they are also mindful of various cultures and can assist in adjusting your content in order to prevent any issues created by cultural variations or something that could be found insulting in certain areas.

One of the most essential steps in mobile app localization is to convert all the text in your app into a different language or locale. This is generally achieved using an XML or XLIFF (XML Localization Interchange File Format) package, which holds all the strings in the app so that they can be easily translated into another language.

Please note here that when you launch the app localization process, it will typically take a couple of weeks for the translators to get through the whole app. So don’t rush it.

We also suggest you add notes to the strings wherever possible. This will help clarify their meaning and how they will be used within the app. This will also allow the translators to make more informed decisions, particularly if you outsource it to external translators who were not engaged in the app-building process.

Many people assume that mobile app localization is all about translating the text-related content of your app into another locale (language). While part of it is true, that’s not the whole story. There’s more to it. Basically, you will need to customize all the content of your app to complement a new locale, and you may also need to adjust some of the elements of your overall app experience, including:

Most often people forget that mobile app localization also includes localizing the app page on the Google Play or App Store. This is where your targeted users will most likely first see or interact with your app.

First impressions do make a difference. Imagine, your app is customized for different locales but your app page isn’t. Chances are most of the users wouldn’t know or download your app.

Before the TikTok ban, none of us really knew that it was the English version of the Chinese app Douyin.

So, chances are some of your targeted users will not even know or download your app, to begin with.

Therefore, you will be required to localize all of your app store content just like you did with your app including:

Use a Translation Management System (TMS)!

Here are some top translation management systems for mobile apps,

A smoke test is an internal examination that you conduct to verify the features of the app in a different language to make sure that it is functioning as it should be. The person conducting this test does not need to learn the language in which the app is being tested.

You have successfully localized your app!

Releasing an app in just one language, in general, will no longer cut it especially if you’re trying to target a global market. Localizing your apps will, however, help you attract new users, increase the number of monthly active users (MAU), additional downloads, followed by additional customers, and increased revenue, which is pretty much the end-goal of any mobile app.